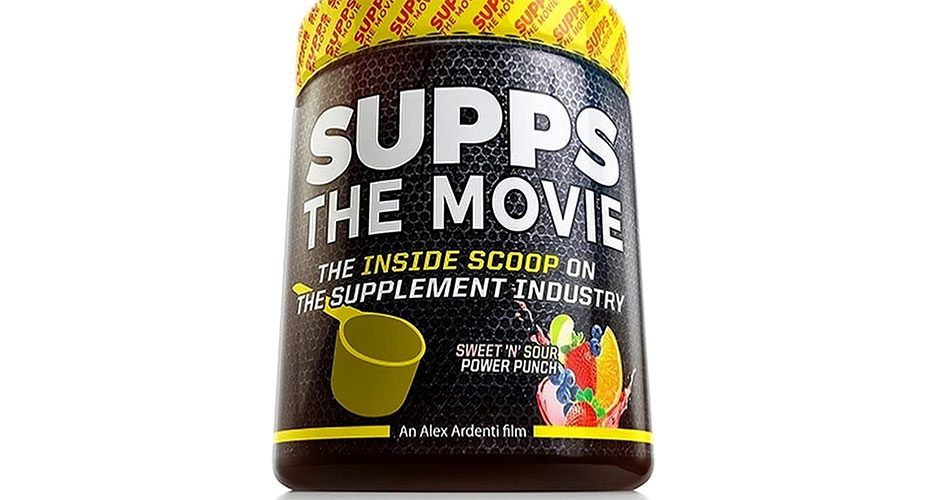 During the Sports Nutrition Summit taking place in San Diego, a number of scientists, market analysts and innovators came together to take advantage of the networking opportunities present, as well as acquire knowledge, and establish connections that could further drive businesses toward success.

As reported byby Nutra Ingredients USA, a number of speakers were present at the event including JYM Supplement Science, The United States Olympic Committee, Everton Football Club, Coca-Cola, PepsiCo and Now Foods among others.

The recent report provided details regarding bodybuilder, Alex Ardenti’s effort in creating a documentary called, “SUPPS The Movie: The Inside Scoop on the Supplement Industry,” which was shared during the summit.

As it turns out, Ardenti spent two years to put the movie together, starting in 2017, simply because he entirely funded it. The reason for this documentary stems from the changes, specifically the growth within the supplements industry that he has witnessed as a freelancer.

In a previous interview with PricePlow, Italy-born, Ardenti shared how his love for bodybuilding came about. In particular, he shared that he was as young as 12 years old when he started to admire the world of bodybuilding, supplements, and California. His idols growing up included Joe Weider and Arnold Schwarzenegger – all of whom he learned about through a 1976 issue of the Muscle Builder.

At the time, he shared that he wishes to accomplish the following upon releasing SUPPS The Movie:

“We owe it to ourselves to show the general public that the people who take hardcore supplements and train diligently are not a bunch of idiotic meatheads […] The mainstream media does an excellent job of portraying that image […] SUPPS is obviously about sports supplements but bodybuilding will have a strong presence throughout the film.”

Bearing the aforementioned in mind, here’s what he has recently shared with NutraIngredients-USA:

The documentary revolves around his fitness background and has been created in a fun and informative manner. He expounds on the overall history of supplements, most dominating brands and the big names behind them. Some of the faces that will pop up include Kris Gethin, Ric Drasin and Rich Gaspari among others.

The key takeaways of the documentary are to ensure that consumers know what the sports supplement industry is like, its positive aspects such as the overall quality of products offered. Specifically, he said:

“I’d like the audience to appreciate the sport supplement industry a bit more and see how everything evolved throughout the years while having an enjoyable experience watching it. As a filmmaker, I hope they are entertained.”

It will be entertaining to see how this unfolds in the near future. This will surely garner alot of mainstream attention much like the Supplements Revealed documentary that outlines some of the inner workings of the $50 billion dollar annual nutritional dietary supplement industry.