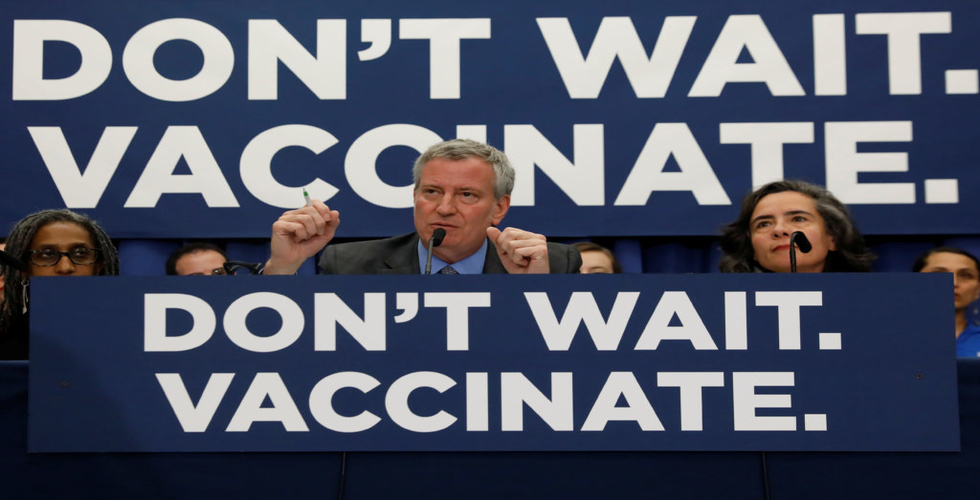 To this, the health department of the city said that it would enforce the orders only after tracing down all the individuals who have been in touch with the infected ones and after they have finished checking the vaccination history reports. The ones who haven’t got the MMR vaccine or fail to provide evidence for their immunity are to be imposed with a fine of 1000 dollars if they refuse to get a shot of the vaccine. Rumors are despite 285 cases of measles being reported, the plaintiffs are claiming that there is insufficient evidence to address this situation as a dangerous measles outbreak or epidemic conditions.

Robert Krukow, the attorney who is representing the plaintiffs stated in the New York Law Journal that the families are being forced to give the vaccination to their children instead of facing the fine. He also added to his statement that, the law of the city is putting its citizen under compulsion which is almost equivalent to forcing them to take the shot of the vaccination.

As stated by the Ars Technica the lawsuit filed by these parents repeatedly discredits that the MMR vaccines are dangerous without being able to provide any proof. The followers of this movement are now known as the anti-vaxxers who keep on claiming unnecessary allegations like the shot of the vaccine can cause autism or some utter nonsense like vaccine-overload; without any scientifically supported evidence. The US Authority is also warning its citizen about a group of people who are deliberately exposing the children to measles virus in order to claim the development of immunity.

The Centers for Disease Control and Prevention said that the two doses of the vaccination are verified and stand proof of being 97 percent effective. However, if just only one shot has been taken it can risk the immunity system severely by posing risks of side effects or only one in a million people who pose the risk of allergies to the vaccination can be affected. The Center also stated that measles is not a disease which should be treated casually as it can develop serious neurological issues like encephalitis.

“Bubble Boys” disease cured by Gene therapy based medical breakthrough
Are Alternative use therapies for the treatment of Disease good?
Comment