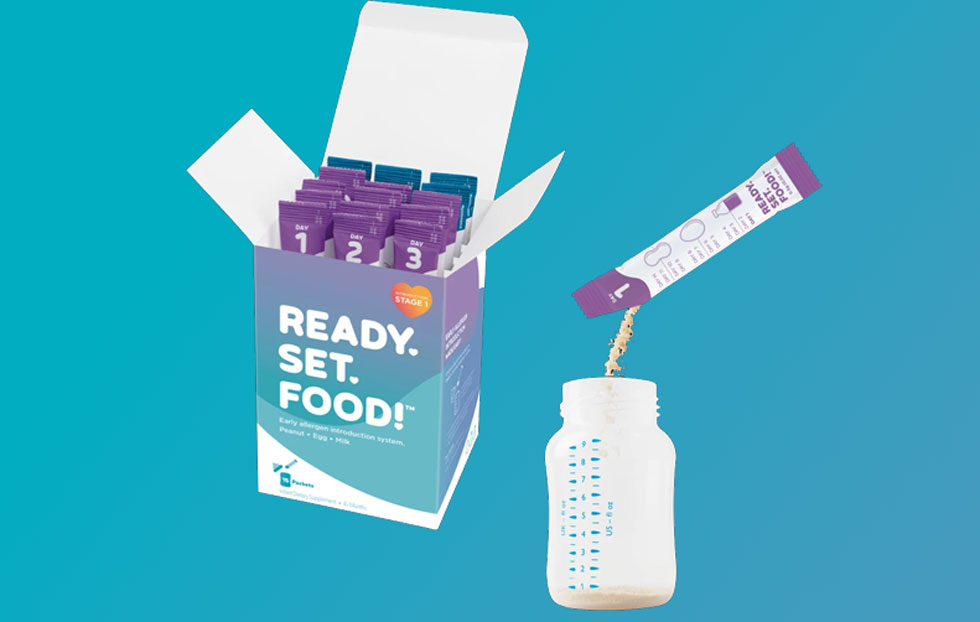 The supplement industry has consistently provided the world with natural ways to help with many ailments, from weight loss to brain health and more. Now, as another company aims to take hold of food allergies, they decided to publicize the remedy on Shark Tank with some positive feedback.
FacebookTwitterPinterestLinkedInRedditWhatsAppEmail

Millions of people suffer from food allergies around the world, and careful supervision of what goes in the body is necessary to avoid potentially dire consequences. While the main way to help protect the body from allergies has historically been the EpiPen, a team for an all new natural product called Ready, Set, Food! recently pitched their idea to the group of sharks of Shark Tank to get an investor.

“Being on ABC's Shark Tank is such a validating moment for our company and we’re excited for the opportunity to promote more awareness on food allergy prevention and how families can protect their children from 80% of food allergies with Ready, Set, Food! We're dedicated to advancing our mission of saving 200,000 babies from a food allergy and Shark Tank is an incredible platform to help further that mission.”

Their supplement is organic and non-GMO, and doesn't contain added sugar or any additives and can help to suppress food allergies, and they’ve already caught the eye of one of the Sharks for an investment. Here is a video explaining how Ready, Set, Food! works:

While Kevin O'Leary, Barbara Corcoran, Lori Greiner and guest shark Rohan Oza were all there to witness the pitch from Ready, Set, Food!, but this supplement attracted the attention of Mark Cuban, one of the show’s main “sharks” and the owner of the NBA’s Dallas Mavericks, who invested $350,000 for a 7% stake. Cuban stated,

“Food allergies are a growing problem across the world. I’m excited to partner with Ready, Set, Food! to start to reverse this growing epidemic and make families lives better.”

The leader of the Shark Tank investor crew went on to say the indisputable science was a primary reason for making a strategic move to partner with the company and their mission. Infants as young as 4 months old can use the scientifically-sound product for roughly six months up until 11 months of age and follows the AAP (American Academy of Pediatrics) guidelines. There is a Stage 1 and Stage 2 formula where the first one is a Gentle 15 day intro to gradually build up the amount and the Stage 2 is the continuing dosage for the next six months or so for sustained exposure and lowering the odds of developing food allergies.

This simple and safe supplement with created as a joint effort between Dr. Jonathan Spergel, the Chief of Allergy at Children’s Hospital of Philadelphia, and Dr. Gary Rachelefsky, the former president of the American Academy of Allergy, Asthma, and Immunology. Altogether, the supplement is made only with the use of organic cow’s milk, cooked organic egg white, and organic peanuts while having no added sugar or harmful additives. The simple lineup of ingredients easily dissolves into any breastmilk or formula.

According to this new company, there are already three clinical trials showing that this supplement system is successful in the suppression of food allergies. The RSF approach to childhood food allergy care utilizes the Learning Early About Peanut allergy (LEAP) study, Enquiring About Tolerance (EAT) study and Prevention of Egg Allergy in High-Risk Infants with Eczema (PETIT) study. These studies caused the National Institutes of Health (NIH), American Academy of Pediatrics (AAP), and the American Academy of Allergy, Asthma, and Immunology (AAAAI) to update their medical guidelines about these allergenic foods. However, the creators state that the remedy has not been created with infants in mind, so as of now Ready, Set, Food! is only applicable to adults with allergies at the moment. The company shows there’s a claim from 2015 that was approved by the FDA, indicating that the odds of developing an allergy to peanuts drops by 80% when introducing peanuts early in life, supporting their product with this claim.

She went on to expand the fact that 80% of food allergies are related to milk, eggs and peanut butter:

The supplement industry has been filled with a need to create remedies for food allergies. Nestle, for example, secured an agreement with Before Brands, which is known for its SpoonfulOne supplement that targets food allergies as well. In fact, the supplement takes on 16 different food allergies, and the treatment was developed with research from Stanford University. The deal states that Nestle has officially gotten the rights to market SpoonfulOne (as of September) in the United States, and they even have the option of acquiring the full company.

The Ready, Set, Food! food allergy prevention system for babies is available via their official website . RSF offers three different monthly subscription based plans; a flexible month to month option for $49 or a 3 month plan at $39 per month and a six month supply for $29 per month. The company has already secured over $2.75 million i n funding along with more than 500 pediatricians supporting the childhood allergy system. RSF has also started a relationship with major Midwest healthcare provider Advocate Aurora Health who sees over 35,000 babies per year. And now Shark Tank's Mark Cuban is on board as it looks like Ready Set Food! is about to have a big 2020 and beyond planned.