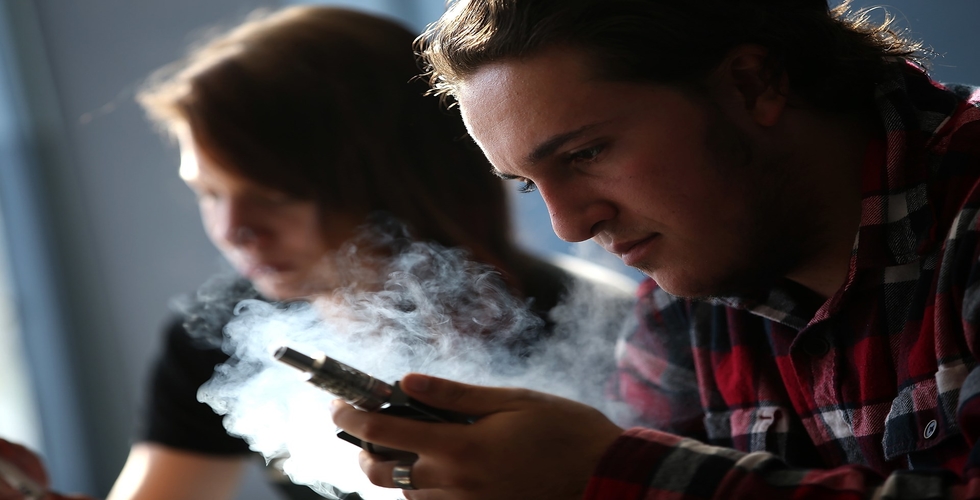 Many teens that use the e-cigarettes actually aren’t aware of the fact that they have been inhaling nicotine while vaping. Even when they have been consuming very high levels of this addictive substance suggested the latest study conducted by researchers.

Researchers that collected both the survey data & urine samples acquired from 500+ adolescents confirmed that 40 percent teens that thought they had been consuming the products that were free from nicotine were tested positive in the tests for a urine sample, as confirmed by a study published on Monday in the Pediatrics.

Dr. Rachel Boykan, the lead author of the study, who is also the Clinical Associate Professor for Pediatrics at the Renaissance School of Medicine located at Stony Brook University, stated that this is actually first of its kind study showing the actual amount of nicotine the kids have been getting from use if e-cigarettes. They have been getting a big chunk of nicotine which is much more than the amount that they get from traditional cigarettes.

Boykan further added that the analysis of the urine samples revealed that the vapers have been getting a big load of nicotine even when the kids assumed that they hadn’t been getting any. Boykan, as well as her colleagues, noticed that the teens vaping were often noted using the devices with addictive elements such as cannabis. Experts were concerned that using e-cigarettes in combination with nicotine shall produce a generation of the addicted young folks that might stick with the option of vaping and later turn towards a more dangerous option of traditional cigarettes.

Between the year April 2017 & April 2018, researchers asked around 517 adolescents that were aged between 12 and 21 for completing a questionnaire based on e-cigarettes, tobacco, & marijuana. From the total number of volunteers, about 284 were asked to give a fresh urine sample. The samples and surveys were collected completely anonymously. The researchers connected 2 variants of data via numbers that were assigned to every volunteer that received a Starbucks coupon worth $5 for participating.

The Nicotine levels of the participants were actually measured in an indirect manner via the measurement of the metabolite named cotinine that was found in the urine of the volunteers. Cotinine levels post research was noted to be highest among the adolescents that used the newest vaping technology known as the pod mods. The pod-mod is e-cigarette using disposable pod/cartridge.

Contents of Microbial Toxins likely to be found in E-cigarettes
Sleep health is decided by which side of the time zone you live on: Suggests latest study
Comment