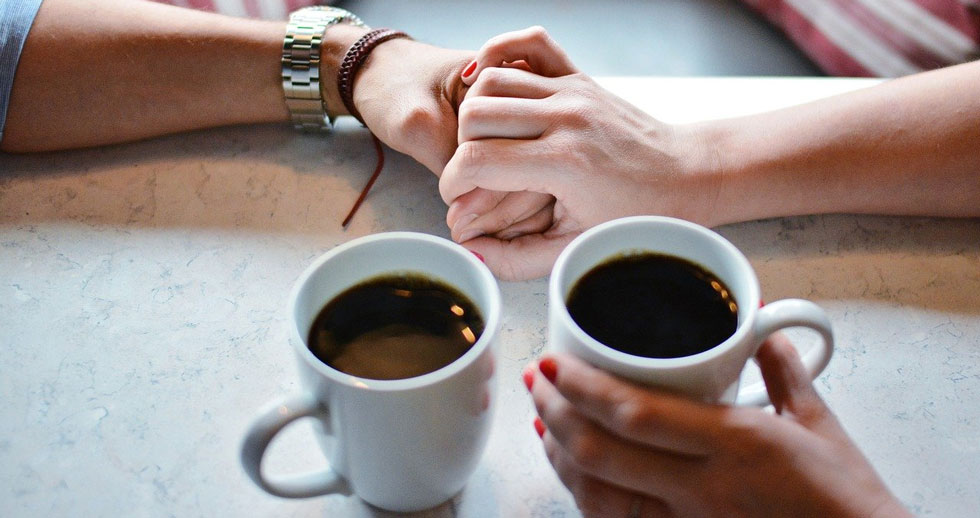 Caffeine is an integral part of the daily routine of millions of people, whether it is in the form of coffee, soft drinks, tea, and even chocolate. It is a stimulant, and it is frequently used to improve energy levels, which is why it is such an import part of the mornings of 64% of Americans for coffee alone. Considering the popularity of this stimulant, it should come as no surprise that there is a lot of research to show the benefits it offers.

Primarily, the use of caffeine is linked to improved cognitive function and improved alertness, but it actually hasn’t been proven to have these effects. It has also been widely regarded and researched for its ability to promote weight loss and even the prevention of obesity, as it is known to suppress the appetite. However, to examine how realistic that this claim is, the University of Illinois conducted a study that was published in the Journal of Functional Foods.

The “Caffeine, but not other phytochemicals, in mate tea attenuates high-fat-high-sucrose-diet-driven lipogenesis and body fat accumulation” study tested how six different lab rat groups reacted to caffeine in conjunction with a high-sugar, high-fat diet for 28 days. The rats were divided into six groups where they were given different sources of caffeine. Those sources included synthetic caffeine, isolated caffeine from coffee and also from mate tea, regular mate tea, and mate tea without caffeine. The rats were subjected to the same amount of caffeine that the average adult gets from four cups of coffee. They also were given 40% of their calories from fat, while the rest came from protein (15%) and carbohydrates (45%). 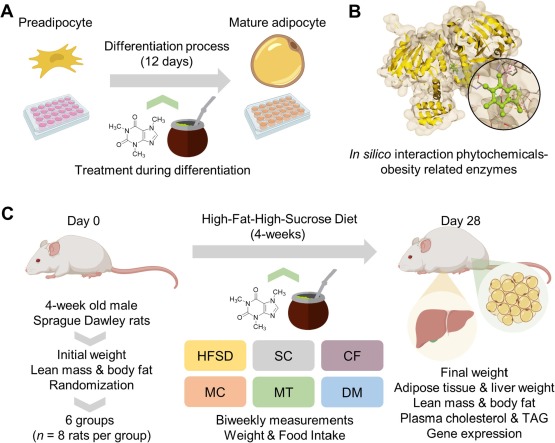 Both before and after the four-week period, the researchers recorded both the body composition and the weight of the rats, as well as their expression of Fasn and Lpl. For weight gain, the rats seemed to have a 16% weight gain reduction and a 22% body fat reduction.

Based on the results, it seems that it is possible for weight gain to be reduced, even in a high-calorie diet, with the caffeine found in synthetic sources, coffee, and mate tea. Furthermore, it is possible for caffeine to decrease certain genes that typically cause the individual to gain weight.

More research is clearly necessary to truly form a conclusive statement on whether weight gain can truly be stopped. However, there are indications that, if nothing else, the use of caffeine may suppress the appetite to help reduce the number of calories consumed. The caffeine study results concluded by saying, “In summary, caffeine from natural (mate and coffee) and synthetic sources promoted reduction of body fat accumulation in animals fed with a high-fat-high-sucrose diet.”

“The results of this research could be scaled to humans to understand the roles of mate tea and caffeine as potential strategies to prevent overweight and obesity, as well as the subsequent metabolic disorders associated with these conditions.”

Going on to say, “mate tea and caffeine can be considered anti-obesity agents” considering these findings about caffeine preventing weight gain and reducing body fat accumulation.

It will be interesting to see what comes of future studies as obesity, weight loss and caffeine are major topics of interest when it comes to optimal health and wellness.  While fad diets are always trending at the beginning of the new calendar year, it will be intriguing to watch whether or not caffeine makes its presence felt in the weight loss world as a 2020 health trend. The team at TheHealthRadar will be sure to share any new updates or announcements regarding the use of caffeine for preventing weight gain.